There is so much to think about when you are in the process of trying to conceive. A sensitive but important topic to discuss with your partner and doctor is genetic testing.

What is genetic testing?

Genetic testing is a blood 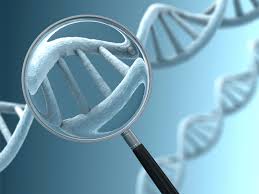 test parents can have done to look for abnormal genes that can lead to certain diseases in their child.

Most genetic diseases are known as “recessive disorders,” which means that each parent needs to pass along an affected gene to the baby in order for the child to be affected. So, if the mother screens positive for a genetic abnormality but the father does not, the child will not inherit the condition. And even if both parents screen positive, there’s only a 25% chance the baby will have the disease.

When should you get genetic testing?

Ideally you should perform genetic testing before trying to conceive. In the event that both parents are carriers of a certain disorder, they can be prepared and educate themselves on what it means to have a baby with a genetic condition, learn about prenatal tests to check on their baby’s health, or consider other options like egg or sperm donation or even adoption.

Who should get genetic testing?

Your ethnic background and family history are the main factors that determine whether or not genetic testing is right for you. Here are the most common genetic diseases associated with ethnicity:

What does genetic testing tell you?

Genetic testing gives parents an idea of what diseases they could possibly pass along to their baby. Please keep in mind that, while genetic testing is a great indicator of potential complications, it is never 100% accurate. Fertility Institute of San Diego recommends you speak with a genetic counselor before scheduling genetic testing.

In the event that you are in need of a sperm or egg donor, Fertility Institute of San Diego is here to assist you. Learn more by visiting: http://www.fertilityinstitutesandiego.com/our-services/fertility-treatment/third-party-program/